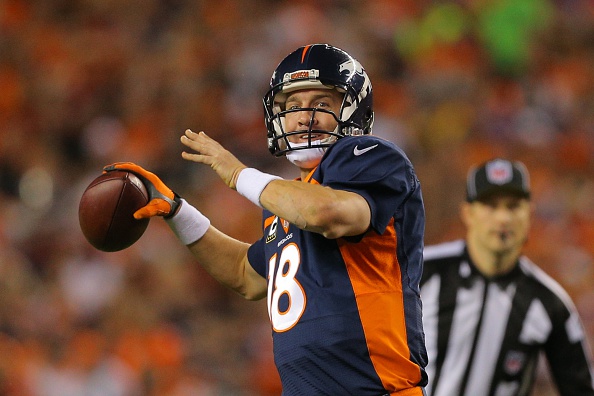 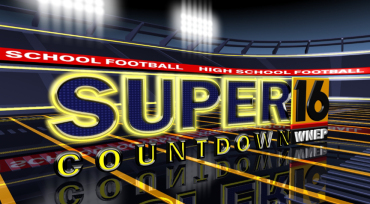 As part of our effort to ensure users have the best high school sports coverage, we are sharing articles from the media partners who use ScoreStream for their local youth sports coverage. Follow WNEP (Twitter- @WNEPSports) as the provide the most in-depth, exciting football coverage for the Scranton area in Pennsylvania.

Crestwood continues to hold onto the top spot, but North Schuylkill is right behind them with an undefeated record! Our friends at WNEP 16 are using ScoreStream to track all of the action. Check out their Scranton area, Pennsylvania high school football rankings in their weekly Super 16. 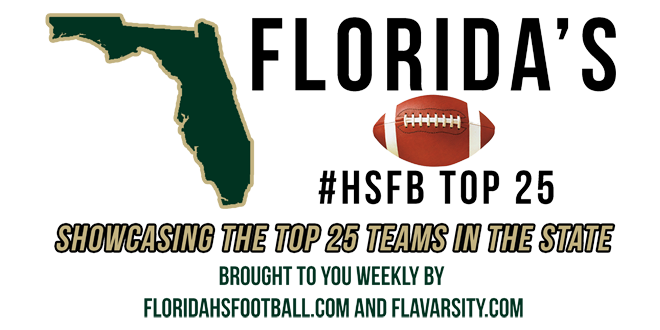 As part of our effort to ensure users have the best high school sports coverage, we are sharing articles from the media partners who use ScoreStream for their local youth sports coverage. Make sure to follow FloridaHSfootball.com (Twitter- @FlaHSFootball) as they provide the most in-depth, exciting coverage for Florida high school football.

FloridaHSFootball.com and FLAVarsity.com have teamed up to show you where the top high school football teams rank in the state. Standing at the top spot, Booker T. Washington remains undefeated, but there are two new teams in the Top 25 including American Heritage- Delray, who enters for the first time!

To see who is ranked after them, follow this link to the Florida #HSFB Top 25. 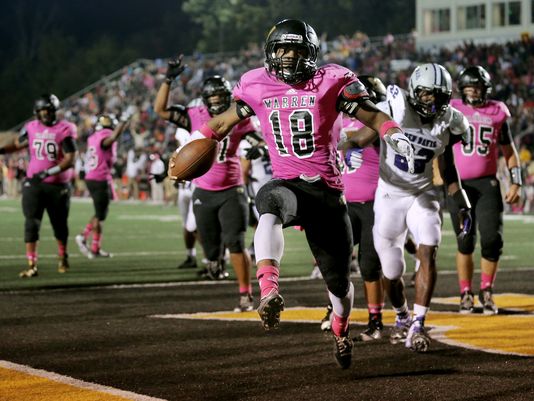 As part of our effort to ensure users have the best high school sports coverage, we are sharing articles from the media partners who use ScoreStream for their local youth sports coverage. Make sure to follow all of our partners as they provide the most in-depth, exciting coverage for high school sports. Make sure you follow IndyStar (Twitter- @IndyStarSports) as the provide the most exciting coverage for the Indianapolis area, Indiana high school football.

Last week’s IndyStar Play of the Week was won by Center Grove’s Max Norris ran a touchdown for 81 yards. Will Center Grove win again as Devon Wilson and Zach Hart team up for a forced fumble and 58-yard return? Or will one of Hamilton Southeastern’s huge hits knock them off the top spot?

See all of the top plays and vote for your favorite here!

It has been an interesting few weeks in CIF-SS high school football action and our friends at Fox Sports West have been detailing all of the action. While ScoreStream was capturing the real-time scores for the CIF-SS area, Fox Sports West was breaking down the action and ranking the teams. There have been some big games, but here are the standings!

Subway partners with our friends at Fox40 to highlight to top Sac Joaquin Section high school football plays of the game. The Folsom Bulldog’s are well represented by their quarterback, Jake Browning, but click to see who else was invloved

As part of our effort to ensure users have the best high school sports coverage, we are sharing articles from the media partners who use ScoreStream for their local youth sports coverage.

Pennsylvania football is in full swing and our friends at WNEP 16 are using ScoreStream to track all of the action. Check out their Scranton area, Pennsylvania high school football rankings in their weekly Super 16. 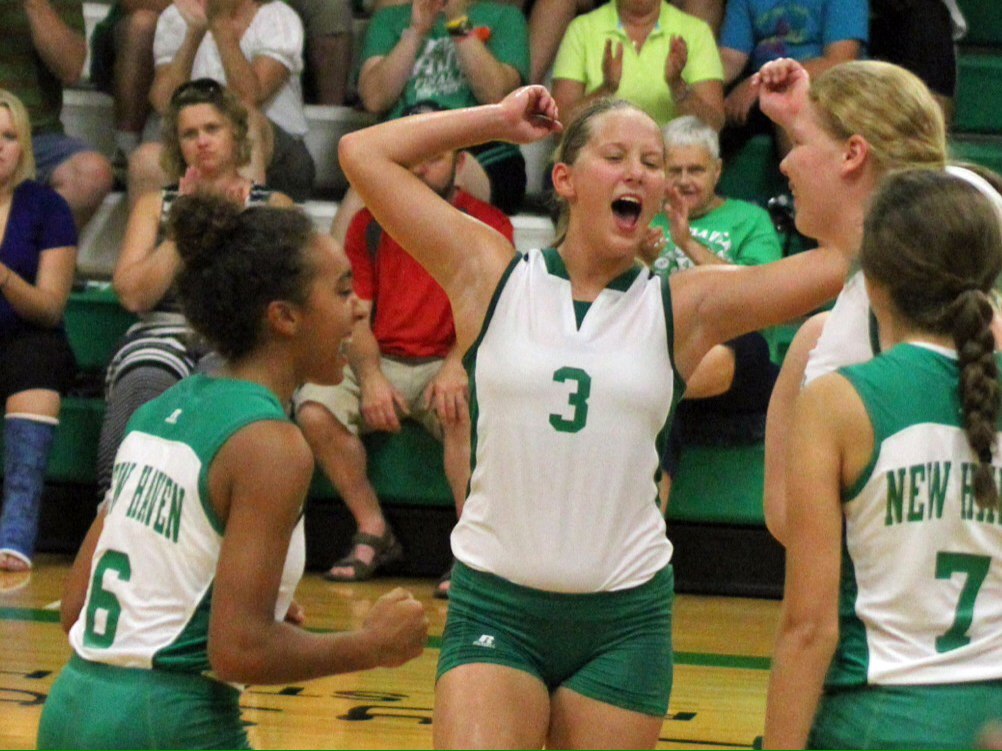 Another great week of high school sports images. Make sure you submit your team’s photos on our ScoreStream app so we can promote your team and fans! Leave us comments on which is your favorite high school and youth sports image.

1. The Florida Friday night sky over the Winter Haven Blue Devils’ stadium in their game against the Lakeland Dreadnaughts (Game recap here). Photo from user Cubsfan09. 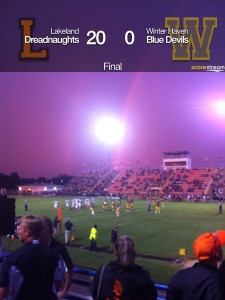 2. The Mesquite Skeeters sideline in their home matchup against the Garland Owls (Game recap here). Photo from user LoLo. 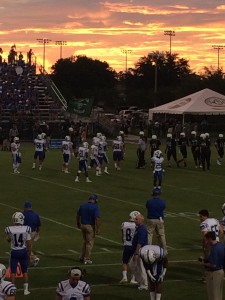 4. Mighty Manatee Hurricanes rushing for a touchdown in their win against the Seminole Fighting Seminoles (Game recap here). Photo from user Manatee Football. 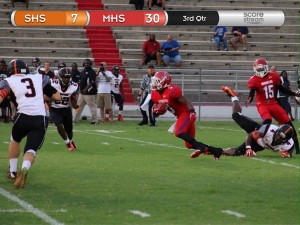 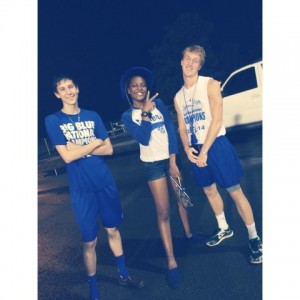 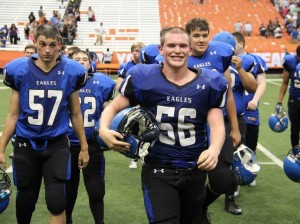 7. A powerful, excited Sandburg Eagles in their away win against the Andrew Thunderbolts (Game recap here). Photo from user JakeDaDrumGod. 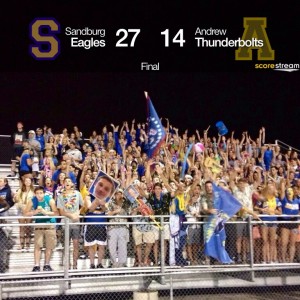 8. The Liberty Lions in a big win over the Mountain Ridge Mountain Lions (Game recap here). Photo from user Edge. 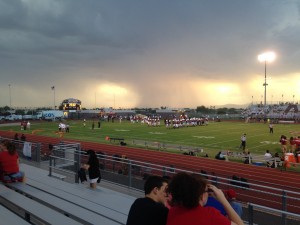 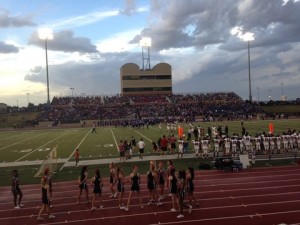 10. A big away win for the Georgiana High School Panthers against the Florala Wildcats (Game recap here). Photo by user Bambam2015. 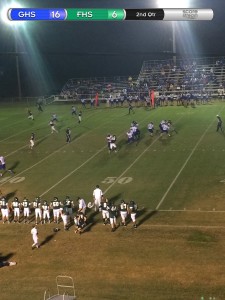 11. The look of victory on the New Haven Shamrocks volleyball team after they win against the Montgomery County Wildcats (Game recap here). Photo via @Quick_News_Now. 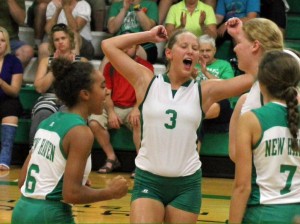 Remember to post your images on our free ScoreStream app every week so we can highlight your team!