From GrassrootsHoops.Net to BallisLife.com Ronnie Flores provides amazing insight to the high school basketball world. In order to make sure ScoreStream users are connected to the very best high school coverage available, we bring you the FAB 50 (updated Feb. 1st) live scoreboard! To get the full recap on the Fab 50 ranking changes and to see more of Ronnie Flores work, visit here.

It was dubbed as the future Kentucky University feature game, however the biggest highlight from this weekend’s BallisLife All-American games came from a UNLV commit.

Posting a perfect 50 score for each of his three dunks, UNLV commit Derrick Jones dropped jaws and brought the crowd to their feet during the entire dunk contest.

A slight to his lack of invite to the McDonald’s All-American Game, Jones’ stated he has no doubt he would have won there too. “I don’t lose too many dunk contests. It’s what I do,” Jones said. He’s right. Just a month ago he was putting up perfect scores and blowing away fans at the American Family Insurance contest where he dunked over four people!

You can Derrick’s ESPN 100 rank and full scout grade by going to his ESPN recruiting profile here.

Derrick Jones’ resume goes much further than his dunking abilities. He led a powerhouse Archbishop Carroll team that was ranked inside the USA Super 25 Basketball rankings most of the season. They lost a heartbreaking game in the AAA State finals to Neumann Goretti. For a ScoreStream game recap, you can check it out on our free app or go here.

Get excited college basketball fans, Derrick Jones will be putting up Top 10 plays all next season for you! 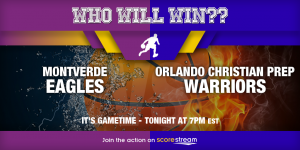