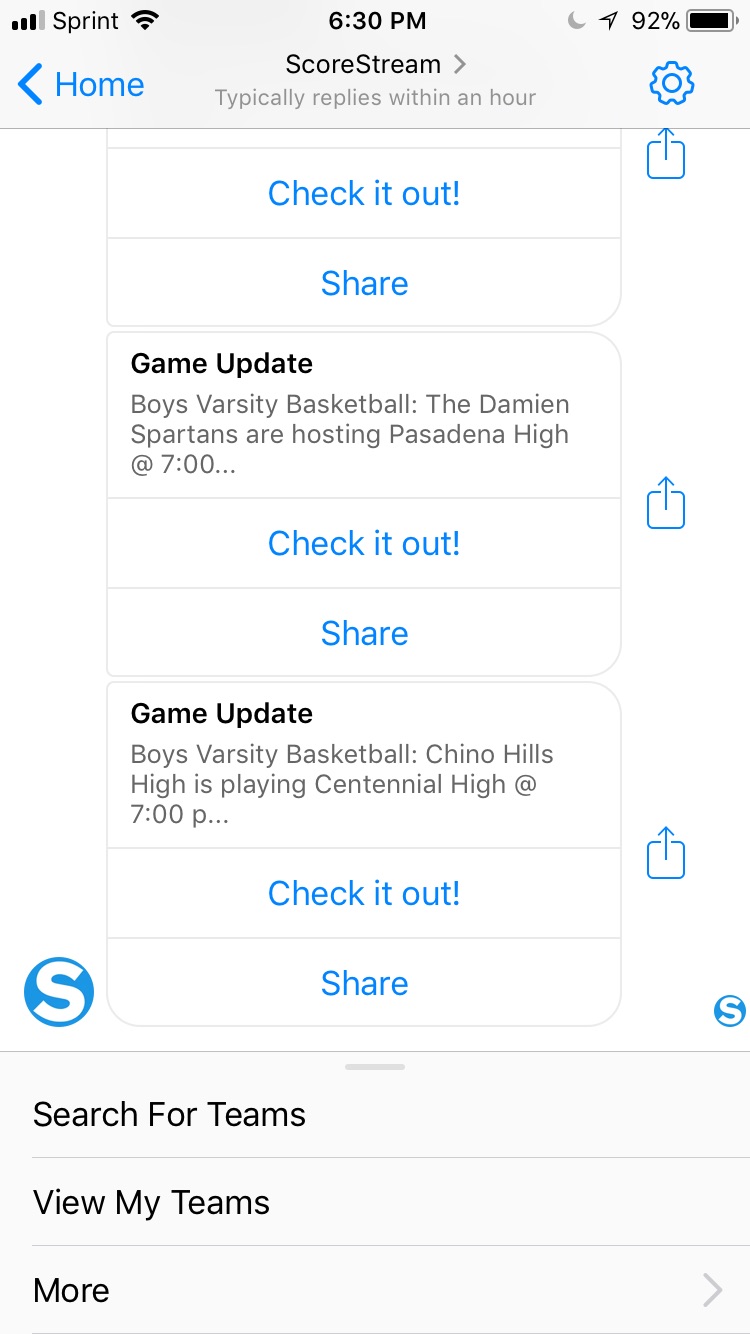 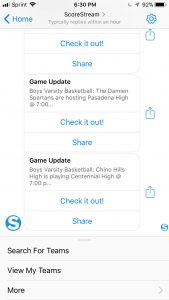 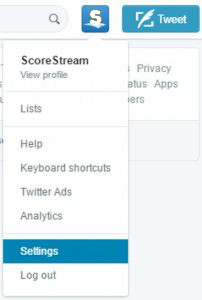 Step 2. Select “Connect to Facebook”. If you already have your account connected to Facebook, you may want to disconnect then reconnect it to configure the settings properly. You will also need to select who has access to see the posts from your Page. “Friends” or “Everyone” is suggested. 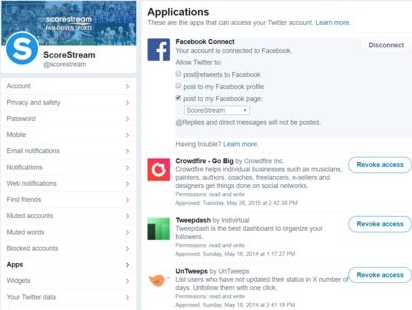 Twitter has put together a similar guide to help you with the posting with/to Facebook setup. You can find it here. If you have any other issues, feel free to email us at Info@ScoreStream.com and we will be happy to help!

Good luck on your season and thanks for using ScoreStream!